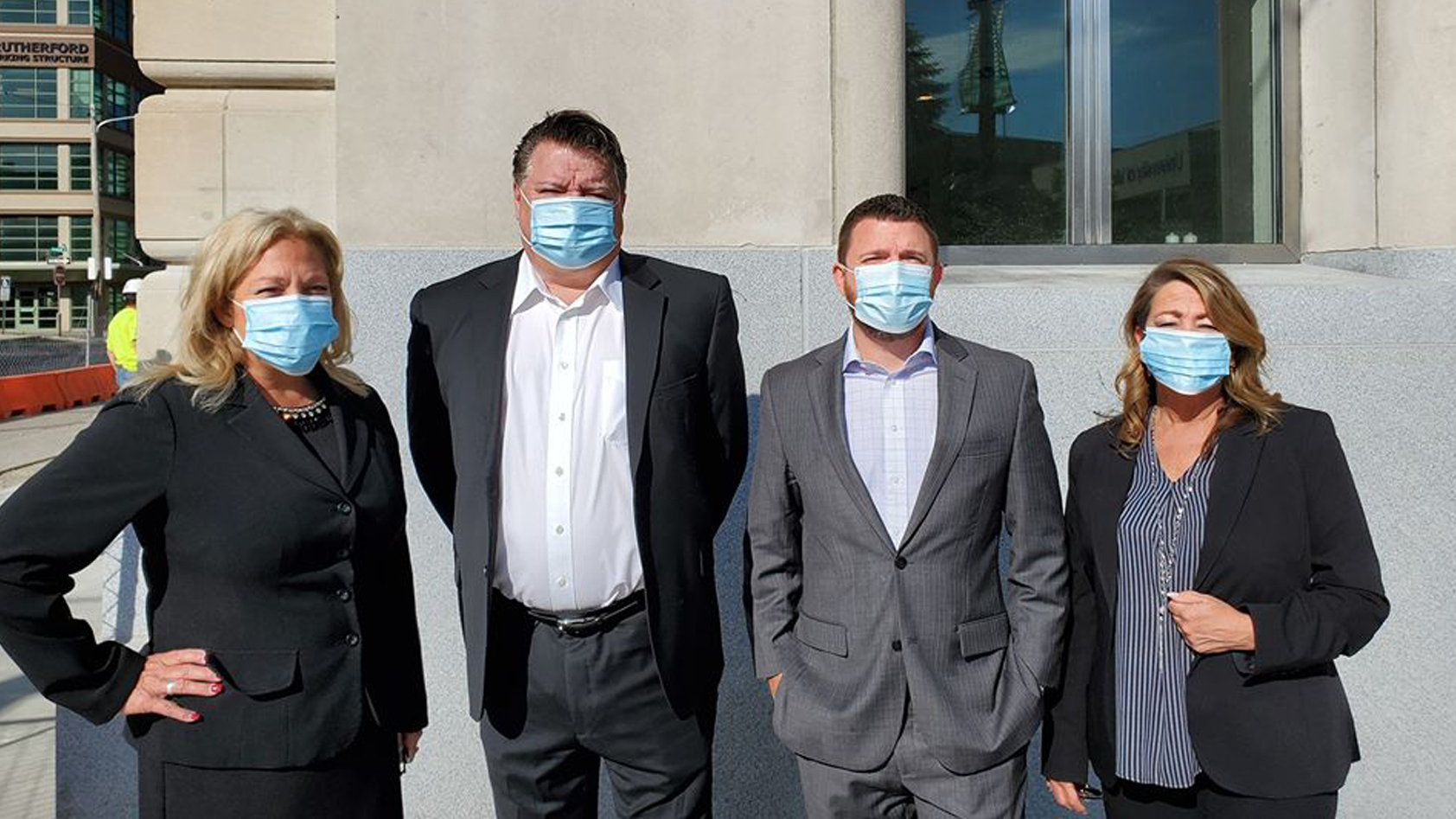 Lee Gonzales, of Fenton, on Sept. 8 was appointed to the Michigan Liquor Control Commission and Oakland University Board of Trustees by Gov. Gretchen Whitmer. Gonzales currently serves as the deputy director of legislative and external affairs for the Michigan Department of Civil Rights. He has been with the department since 2012, previously serving as the senior executive of initiatives and a legislative liaison. Gonzales has a long history of public service, previously serving as a state representative for Michigan’s 49th House District, assistant treasurer for Genesee County, and development director for the Genesee County Board of Commissioners.

Kettering University named 10 business and organizational leaders, including six alumni, as part of its first-ever School of Management’s Industry Advisory Board (IAB), which will complement and coordinate with the elite group of faculty-nominated student leaders who are part of the Dean’s Student Advisory Board (DSAB). The members of the IAB are:

In addition to providing strategic advice and vital connections for the University community and the DSAB, the IAB will help shape forward-focused curriculum and new program development.

Bishop International Airport Authority announced the election of Airport Director Nino Sapone to the American Association of Airport Executives’ (AAAE) Board of Directors. AAAE is the world’s largest organization of its kind, supporting hundreds of airports and aviation professionals across the country. Sapone was elected by his peers at AAAE’s annual membership meeting, held virtually on June 26.

Gina DeShong was recently promoted to The Disability Network’s leadership team as the Community and Information Specialist. In this role, DeShong is the key contact for Flint and Genesee County on resource referrals and navigating community systems for TDN. She is a liaison between TDN and the community: attending community forums and meetings, serving on boards, and reporting any areas of need back to TDN leadership and staff. Organizations can connect with her at ginad@disnetwork.org or 810-742-1800.

Genesys PACE (Program of All-Inclusive Care for the Elderly) hosted a Drive-Through Birthday Bash to celebrate its fifth birthday. Genesys PACE opened its doors serving those “55 or better” in Genesee County in August 2015. The celebration included all Genesys PACE staff and some key supporters who have helped the program grow to serve over 150 Michiganders. Genesys PACE started with 20 staff members serving three participants for the first month. Five years later, a compassionate team of 80 provides care and service to 150+ participants with uniquely different personalized, holistic care plans. Its mission is to keep participants out of skilled nursing facilities and in community, where they feel most comfortable.

The American Heart Association/American Stroke Association recently recognized Ascension Genesys Hospital with its Get With The Guidelines® Stroke Award. The hospital received the Gold Plus Award and the Target: Stroke Honor Roll and Target: Type 2 Diabetes Honor Roll Award. Hospitals are required to achieve certain outcomes to be eligible for the Get With The Guidelines® Stroke Award. To qualify for the Target Stroke: Award and/or Target: Stroke Honor Roll recognition, hospitals must meet quality measures developed to reduce the time between the patient’s arrival at the hospital and treatment with the clot-buster tissue plasminogen activator, or tPA, the only drug approved by the U.S. Food and Drug Administration to treat ischemic stroke.

The University of Michigan-Flint is the only institution in the state of Michigan to receive a grant from the U.S. Department of Commerce’s Economic Development Administration (EDA). The $300,000 EDA CARES Act Recovery Assistance grant will support local economic development. The grants were awarded to EDA University Centers across the nation to boost their capacity to support regional economic development strategies in response to the coronavirus pandemic.

Projects in Flint, Grand Blanc and Grand Blanc Township are among the 15 communities of the I-69 Thumb Region awarded $2,000 each from the state’s Placemaking Mini-Grant Program. The program, funded with financial support from the Michigan Economic Development Corp. and administered by the I-69 Thumb Region partners, was established to help communities implement small impactful projects that encourage and contribute to a stronger sense of place.

XLerateHealth (XLH), a national award-winning healthcare startup accelerator, has selected six startup companies to join the second annual cohort in Flint. The companies will participate in a 12-week intensive bootcamp, working with a team of coaches and mentors to support the successful commercialization of their business. The XLH program operates in the Ferris Wheel building in downtown Flint and is funded by the Charles Stewart Mott Foundation and 100K Ideas. XLH opened its Michigan location in January 2019 and supported six startups in its inaugural bootcamp program last year.

The Flint Public Library has moved out of its Kearsley Street home so that renovation can begin. The library opened on July 23 at its temporary Courtland Center location, and construction has begun at Kearsley Street. The $30.6 million renovation will make 16,000 sq. ft. of additional space open to the public, while updating the entire building. Construction is scheduled to be complete in late 2021.