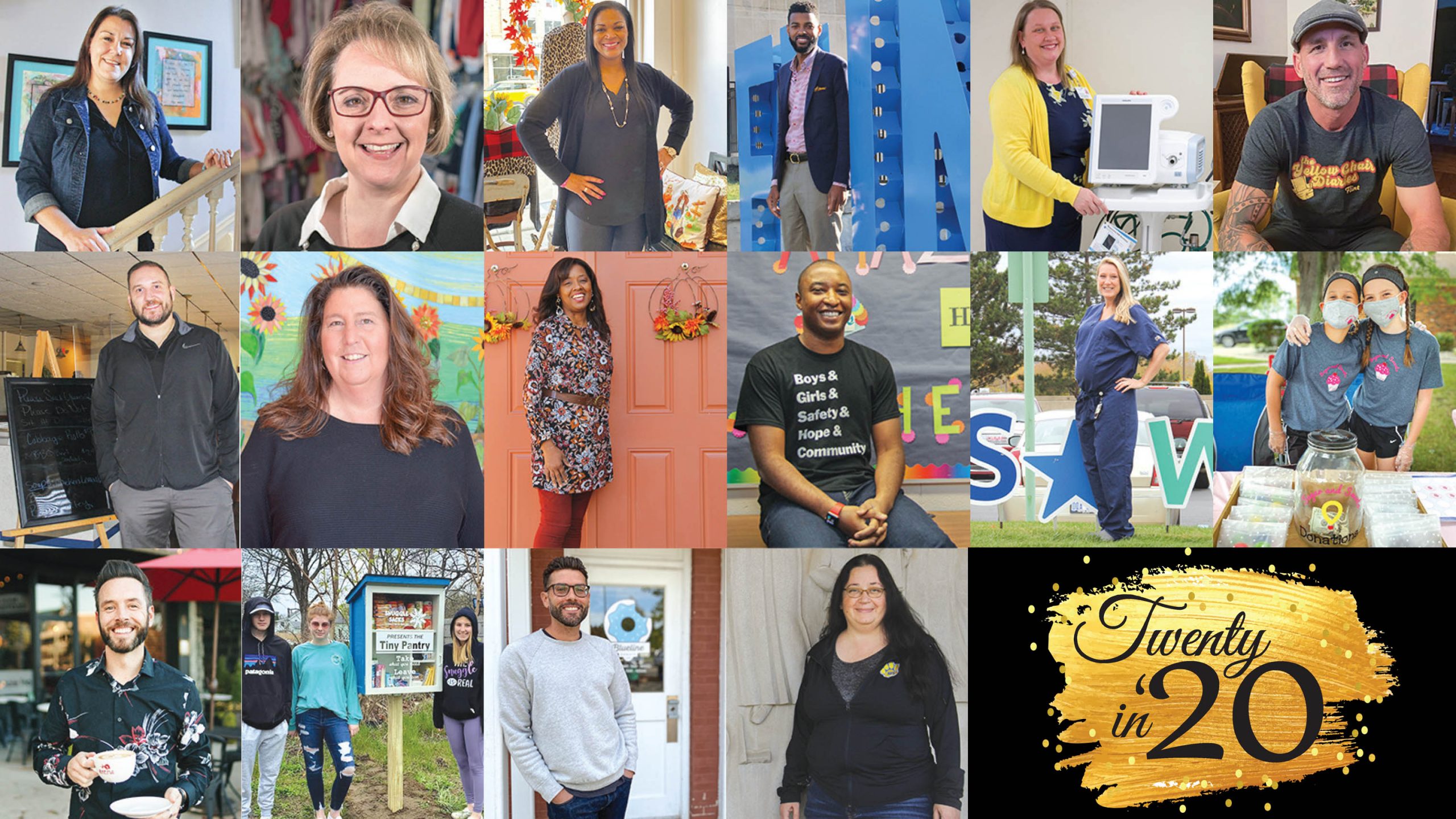 They span generations, live all over Genesee County and hold positions in both the public and private sector — if they’re old enough to hold a paying job at all.

But they all have one thing in common: Even in the midst of a pandemic, they found a way to make a positive difference in the community in 2020.

They’re the honorees of the Flint & Genesee Chamber of Commerce’s Twenty in ’20 recognition program, which this year replaces the annual Art of Achievement Awards and gala, which was canceled because of social distancing requirements implemented to curtail the spread of COVID-19. (Art of Achievement is scheduled to return next year.)

“There still was the strong feeling that we needed to do something to recognize all the efforts of businesses, individuals and nonprofit organizations,” said Chamber CEO Tim Herman. “It was clear that many people in our community were going above and beyond to help us make our way through the crisis.

“We also wanted to wind down 2020 on a positive and hopeful and respectful note,” Herman explained. “There was just a general feeling that our spirit could use a boost.”

Twenty in ’20 honorees Lili Miller and Lily Witucki are already accustomed to lifting local spirits, even though they’re only 12. Since 2018, the Grand Blanc seventh-graders have sold homemade treats, including cookies, brownies and cupcakes to raise money for the Children’s Miracle Network at Hurley Medical Center.

“We both have a passion for baking,” said Lili, adding that she and her partner and best friend, Lily, learned their baking skills from their grandmothers.

Their bake sale, which is held each August, stems from the girls’ participation in a school fundraiser during fifth grade that also benefited the Children’s Miracle Network. “We thought it would be so cool to donate to them again,” said Lily.

They decided to combine their love of baking and their newfound passion for charity into a neighborhood bake sale. They didn’t let COVID-19 deter them. They instead implemented safety measures such as donning masks and offering curbside pickup — and raised a record $1,695 in the process.
“We’re very excited that we could help out our community,” Lily said. “It makes us happy and feel good about ourselves.”

Samantha Jacques also feels good about the role she and her team at McLaren Health Care played in helping to save lives during the pandemic.

As vice president of clinical engineering for the Grand Blanc-based, 15-hospital system, Jacques is in charge of ensuring that caregivers have the equipment they need and that it’s in working order.

“It’s an interesting job,” she said. “As a patient, nobody thinks about it. You walk into a hospital, you assume that everything is going to work right. That’s really what our goal is. We intend to be behind the scenes because our patients always have to come first.”

Usually, her duties are fairly predictable. But while preparing for mass casualties stemming from a natural or man-made disaster is part of her training, there was no playbook for responding to a pandemic.

“It was this crazy time where you did what you had to do to get patients what they needed, but there wasn’t anything that told us this was what the surge would look like,” Jacques said. “We were reacting as new patients and new data came in.”

But she and her team quickly determined what needed to be done, helping to ensure that each patient in the health system who needed a ventilator had one.

Those are just two of what Herman described as “uplifting stories of triumph and innovation and community fellowship that reflect the spirit of Flint and Genesee.”

Following are brief profiles of all honorees — and what they did to earn their Twenty in ’20 recognition.

“These stories, as told through the nominations we received, reflect the unyielding spirit and generosity that makes us who we are in Flint & Genesee,” said Herman.