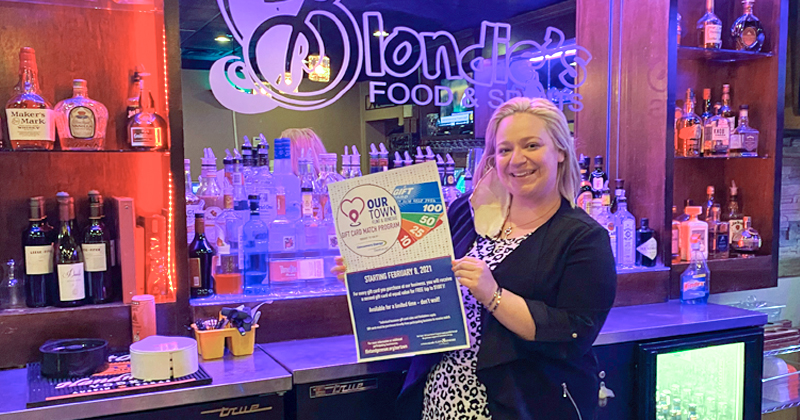 Participanting businesses (above and below) in the Our Town’ Gift Card Match Program, sponsored by Consumers Energy. For every gift card purchased at participating businesses, a second gift card of equal value was received for FREE (up to $100)! (The program sold out.) 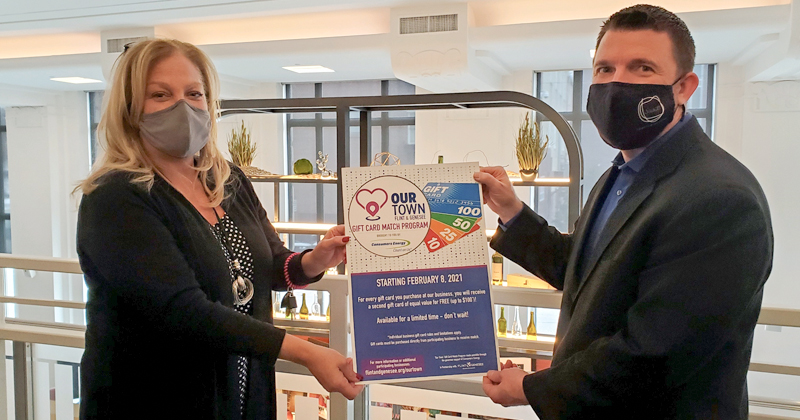 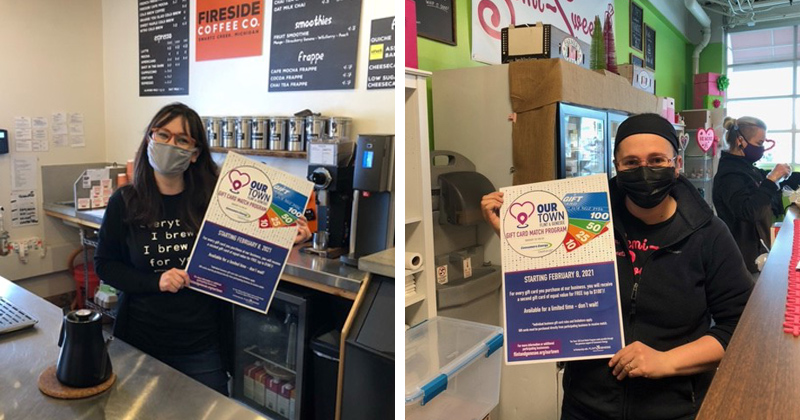 Brian Larkin is the new director of the National Land Bank Network (NLBN) at the Center for Community Progress in Flint. He will help create and implement a formalized, national platform for NLBN members to connect and share knowledge, and develop innovative programs and policy reforms, reporting to the president and CEO, he will also collaborate with stakeholders to address common challenges facing land banks. Larkin was previously chief of staff for Flint Mayor Sheldon Neeley.

The Flint & Genesee Chamber announced Andrew Younger as the new director of Member Services. Younger is formerly the race director for the Crim Fitness Foundation.

Andrews Hooper Pavlik PLC (AHP) on Jan. 1 merged with Flint-based Fromholz, Paauwe & Baker, P.C. The addition of the new office brings AHP to ten offices throughout the state of Michigan and 175 team members. “Merging with a firm that offers the same client-focused philosophy as our own makes this merger even more beneficial to both firms and our clients,” said AHP Managing Partner William J. Mulders Jr., CPA, CVA, CGMA. “I am excited to offer our clients the wider array of business solutions that comes from a merger with a firm such as AHP. Even more advantageous is that we can do this while maintaining the same level of service our clients have come to expect from FPB,” said FPB Partner Carroll G. Baker, CPA. The Flint office will continue to provide quality service to their clients from the same location of 5080 W. Bristol Road.

ELGA Credit Union on Feb. 15 celebrated its 70th anniversary. ELGA founded Feb. 15, 1951, to serve employees of Consumers Power Co., known now as Consumers Energy. The name ELGA is derived from the first two letters of electrical and gas. Today, ELGA, which has nearly 80,000 members, likes to say it stands for “Everyone Loves Goals Achieved.”

The Ruth Mott Foundation announced an extension of its commitment to focus on north Flint for at least another five years. Launched in 2016, the Foundation’s place-based strategy focuses on north Flint residents’ top four priorities—youth, public safety, economic opportunity, and neighborhoods—chosen and reaffirmed by hundreds at forums across the northern half of the city. 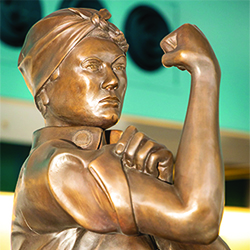 Back to the Bricks® and the Flint Women’s Forum on Jan. 29 unveiled of the tenth statue in the Automobile Heritage Collection, Rosie the Riveter at Bishop Airport. Back to the Bricks Executive Director Amber Taylor was the principal in spearheading the fundraising efforts with the Flint Women’s Forum where she serves as president. The virtual live unveiling was conducted in partnership with ABC12. Joining Taylor at the presentation was sculptor Joe Rundell, Flint native who made the Rosie Statue out of clay. John Gazall, president at Gazall Lewis Architects and chairman of the Automobile Heritage Collection, Stacy Shea Fields, dealer principal of Shea Automotive Group, emcee Gary Fisher, president of G.L. Fisher Management and vice president of the Genesee County Historical Society and Airport Director Nino Sapone.

The University of Michigan-Flint on Jan. 28 held a virtual grand opening and ribbon-cutting for the 61,000-square-foot expansion of the Murchie Science Building. The new wing is also an important first for the campus. With an initial goal of LEED Silver certification for energy efficient design, construction, and operations, the project is now tracking toward LEED Gold status, making the MSB expansion UM-Flint’s first building to attain that status for a commitment to sustainability.